I don’t post a lot from my other life, the programming personality, most of my posts come from my adventures in virtualization. I have a bit more fun writing about virtualization than I do writing about programming, plus the number of coding blogs out there is enormous. But I’ve been troubleshooting an extremely hard to pin down issue with one of my applications (WhatPulse), where there would be a latency spike every 10 seconds (or less), only when primarily connected on wifi on Mac OS 10.12 (lower versions don’t seem affected). I’ve been pulling my hair on this because there was nothing to be found on it. Hence this contribution to the interwebs.

Pinging to your default gateway IP address looked like this: 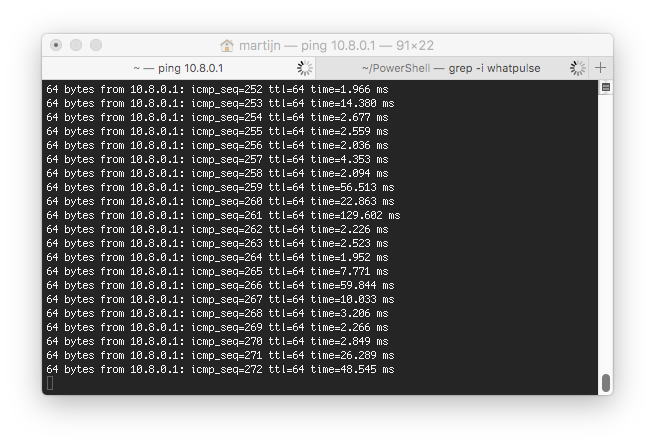 After digging a bit further and looking at the files being opened by the app, I discovered that the Mac OS network settings files were being opened during these latency spikes.

WhatPulse counts and graphs network traffic, so it has a pcap integration to get a copy of the headers of each network packet to analyse. Due to this feature, I naturally thought the latency spikes were related to my programming. After removing all modules of the application and basically leaving a GUI without any data services attached to it, the issue was still happening. So, removed more code. And then some more. The spikes were still happening. After the code carnage, I decided to rule out the application itself and went looking on the OS. Thus far only Mac OS 10.12 users had reported issues and I didn’t have a Windows instance connected wifi-only, so had to rely on other peoples tests.

Posts on the Apple forums mentioned some issues with similar symptoms, so I submitted a bug report to Apple. No response of course.

After a while and some more code carnage, I got to the point where I removed the last QNetworkAccessManager class from being instantiated and something wonderful happened; the latency spikes stopped. 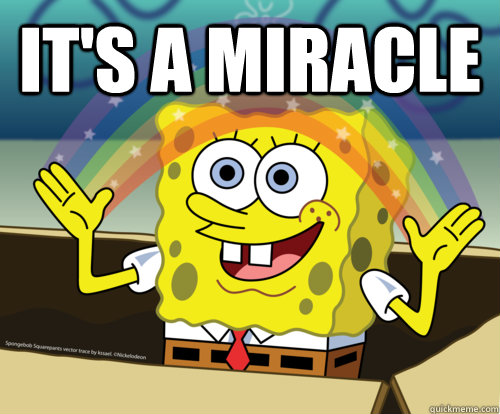 I could now focus the search on QNetworkAccessManager and these Qt bug reports reports turned up:

It appears as the culprit is here: qtbase / src / network / bearer / qnetworkconfigmanager_p.cpp

The Qt bugs are still open (oldest one is from July 2014, so it’s probably never going to be fixed?!?), so there’s no permanent fix. I also didn’t have the motivation or time to dive into the Qt code itself to look for a fix. BUT, we can work around it. The timer that triggers the reconnects looks for the environment variable QT_BEARER_POLL_TIMEOUT as its timer interval. So we can set that environment variable to fix the latency spikes. I simply put this in my main():

After doing so, the ping output looks much better: 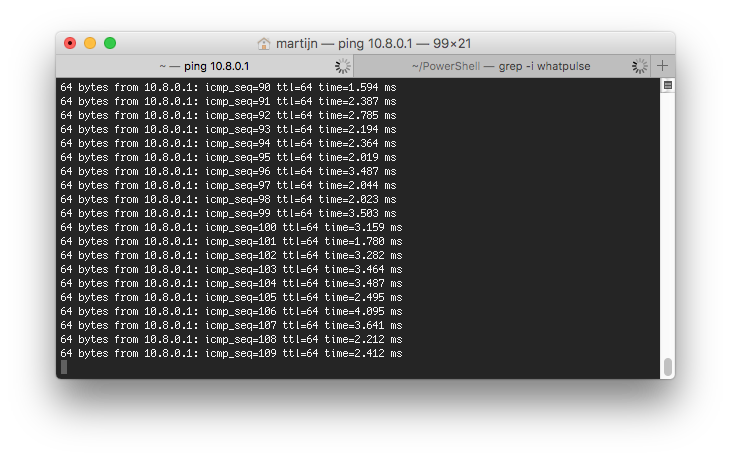 I hope this saves someone else the time I’ve put in to troubleshoot this.