Cisco held a “UCS Grandslam” today, where they announced some amazing new UCS products and announced a few refreshers of the UCS family. I think “Grand Slam” is a baseball term (not american 😉 ), because there was a pretty cool presentation from the major league baseball on how they are using the Internet of Things (IoT) to further the multimedia experience of baseball.

On to the important stuff! Cisco is refreshing and expanding the UCS family with a few new awesome things:

The M-Series Modular servers is what triggers me the most. It is an 2U rack server with 8 so-called cartridges. Per cartridge you have 2 servers inside, so that makes 16 servers in a 2U form factor. These servers have a single Intel Xeon E3 (4core, 2.7GHz) processor and 32GB of RAM. That makes a total of 16 CPUs with 4 cores of 2.7GHz, so 173GHz and 512GB RAM inside a 2U rack server, ready for distributed computing.

The chassis has 2 x 40Gbit interfaces that has the capability to uplink to an UCS Fabric Interconnect and the cartridges are managed with UCS Service Profiles.

Cisco is building on their already great UCS platform and making it more powerful to service more and more use-cases for computing and bring their server management tools to every server admin.

Here are some references about the event: 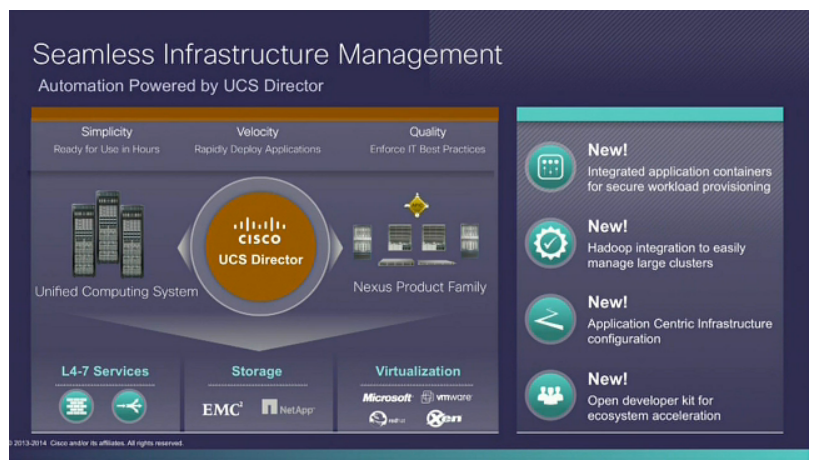 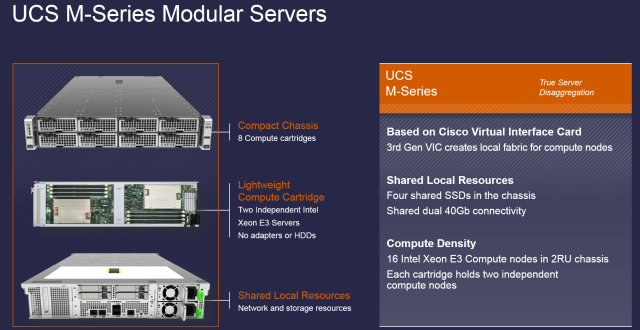 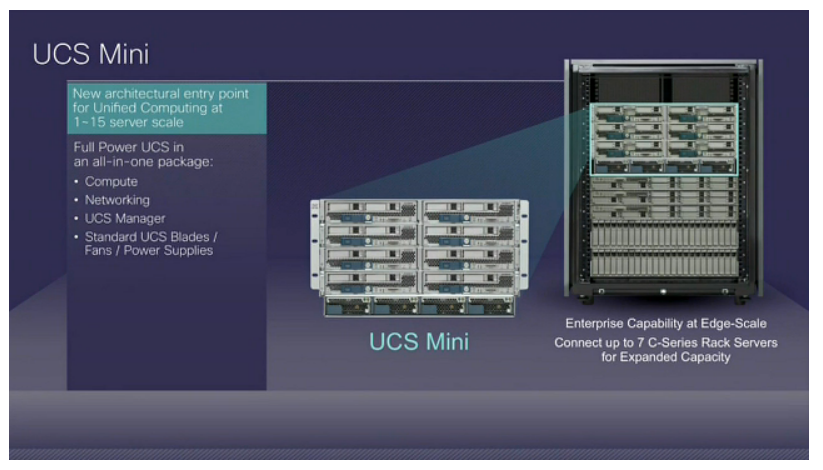 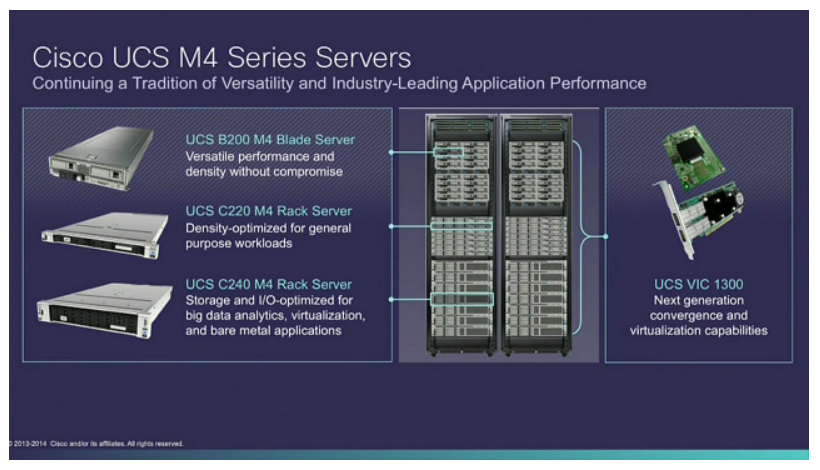 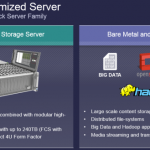 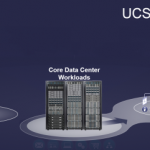 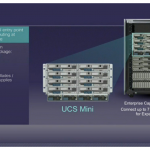 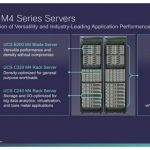