Cisco has released version 3.1 of its virtualised switch (available for download here). It comes with increased scalability and resiliency, but one very cool thing stood out for me: the Virtual Switch Update Manager or VSUM.

The VSUM is not the only cool improvement on the virtual switch, here’s an overview of changes:

As I mentioned, the VSUM popped out at me on this release. The reason is simple; upgrading the Nexus 1000v on an existing deployment can cause some serious headaches. There have been compatibility problems between versions, causing hosts to fall off the network (and taking all its VMs with it). In the past, I’ve even advised to deploy a new Nexus 1000v next to the current version and migrate hosts and virtual machines to that new version and decommission the old version.

It seems as these problems may be history now with this new Virtual Switch Update Manager, as I would expect Cisco will build in automatic upgrade instructions inside the processes, as it did with the UCS auto updater and as VMware did with VMware Update Manager.

The VSUM also has the ability to install the Virtual Supervisor Module (VSM) and Virtual Ethernet Modules (VEM) on hosts for you, so it will make greenfield deployments way easier as well.

Deployment of the appliance itself is a piece of cake. The OVA wizard asks you for the network details of the VSUM and the details of the vCenter Server you want to register it to. Deployment begins and after 5 to 10 minutes the plugin appears in your vSphere Web Client: 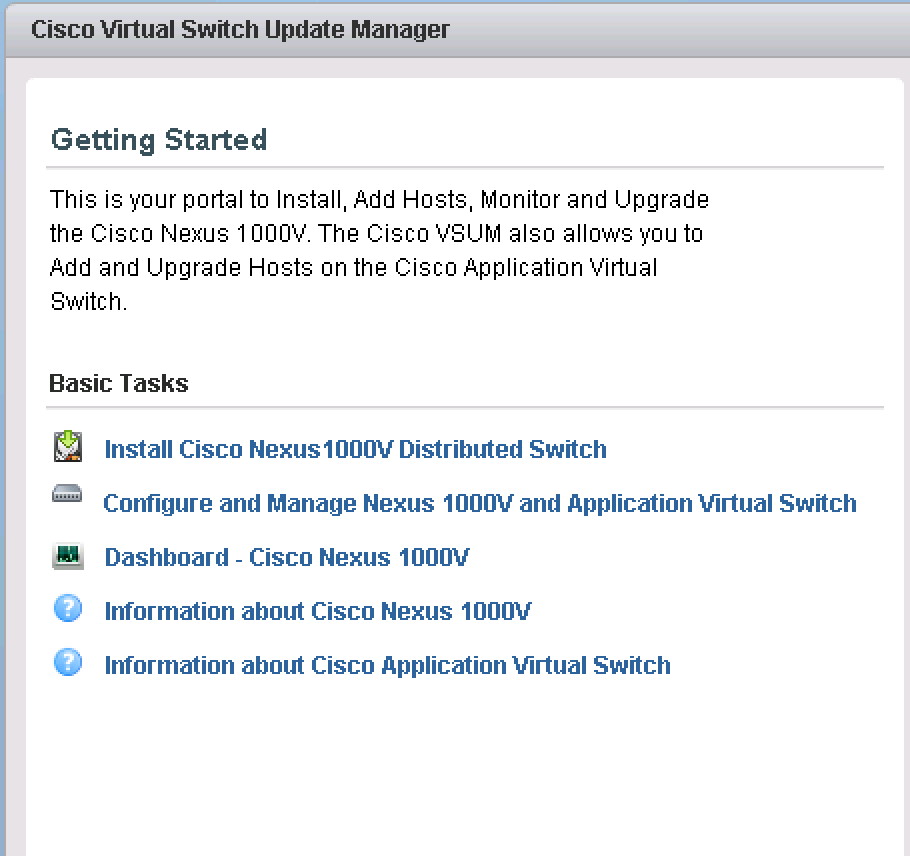