Cisco has just announced a new line of HyperConverged appliances called HyperFlex. With this announcement, Cisco has officially entered the HyperConverged market with an appliance with integrated compute, storage and network.

The HyperFlex line initially consists of three flavours and features the hardware of the existing Unified Computing System (UCS), coupled with a hypervisor (initially VMware vSphere, eventually Microsoft Hyper-V and KVM), a software defined storage solution from SpringPath (licensed for HyperFlex) and the networking solutions of UCS. 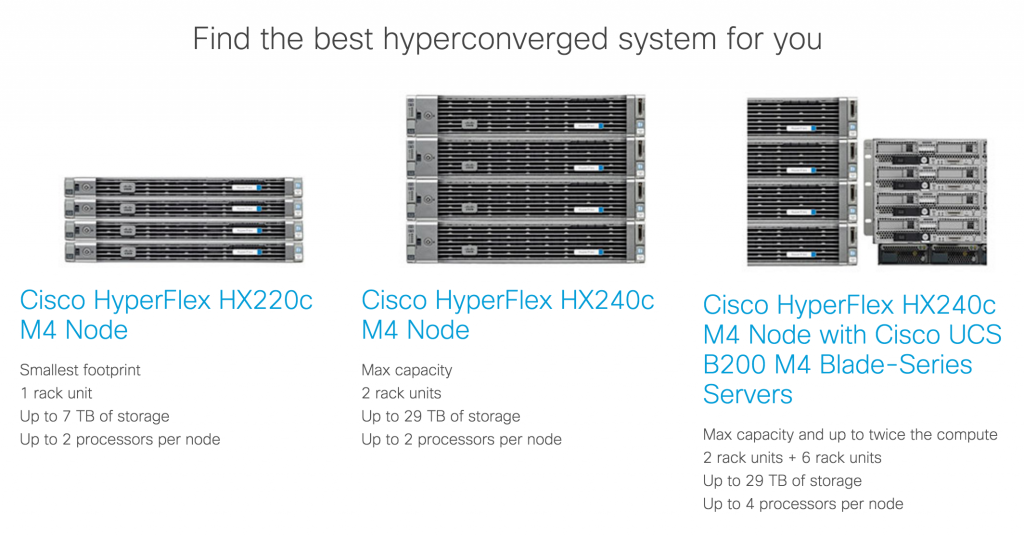 The three flavours of HyperFlex consists of a minimum of four nodes of either UCS C220 M4, C240 M4 or B200 M4 servers. To distinguish them from the UCS line, the HyperFlex appliances have a prefix of HX.

The piece that was missing in the UCS stack, was a storage layer. Cisco isn’t a storage company, so to create the HyperFlex appliances, Cisco licensed the software defined storage solution from Springpath. This solution provides a few features that are pretty robust:

With the vCenter integration, it is possible to create storage snapshots on a per VM basis. These snapshots can be scheduled on an hourly, daily and/or weekly basis with different retention policies. With VAAI integration, the VMs are quiesced and therefore crash consistent. Also, the snapshots are pointer based, so they are created fast and don’t take up much disk space. Cloning of VMs is offloaded to the storage layer through the vCenter plugin. Simply right click a VM, select the clone option and you can specify the amount of clones you’d like, an optional customization specification and the naming scheme for the new VMs. The clones are pointer-based snapshots, so they don’t take up space. 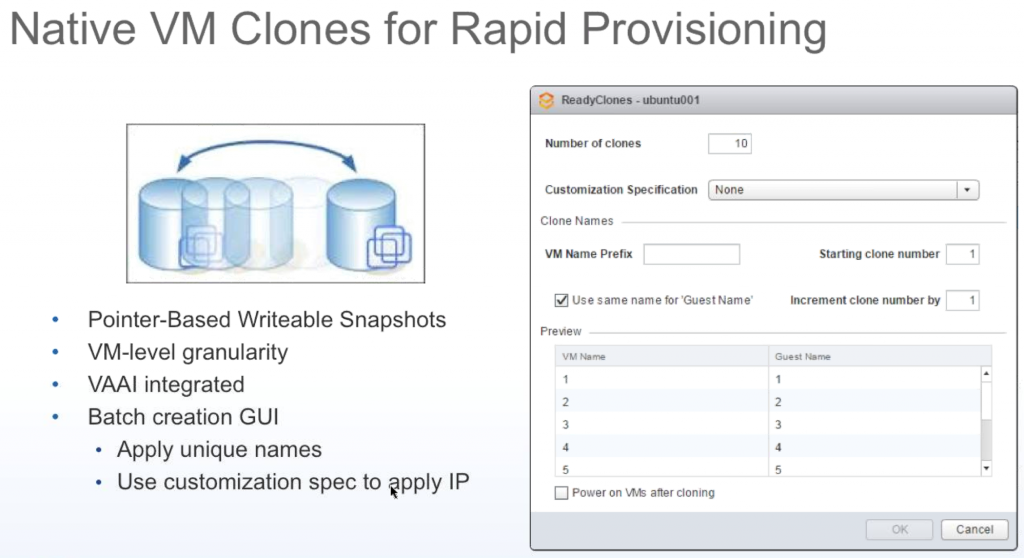 The servers are managed through the UCS Manager in the Generation 2 Fabric Interconnect 6248UP or 6296UP models. Support for Generation 3 with 40Gbit ports is expected to be supported soon. The Fabric Interconnects is a required component of the appliances, as it provides the hardware management and network integration. 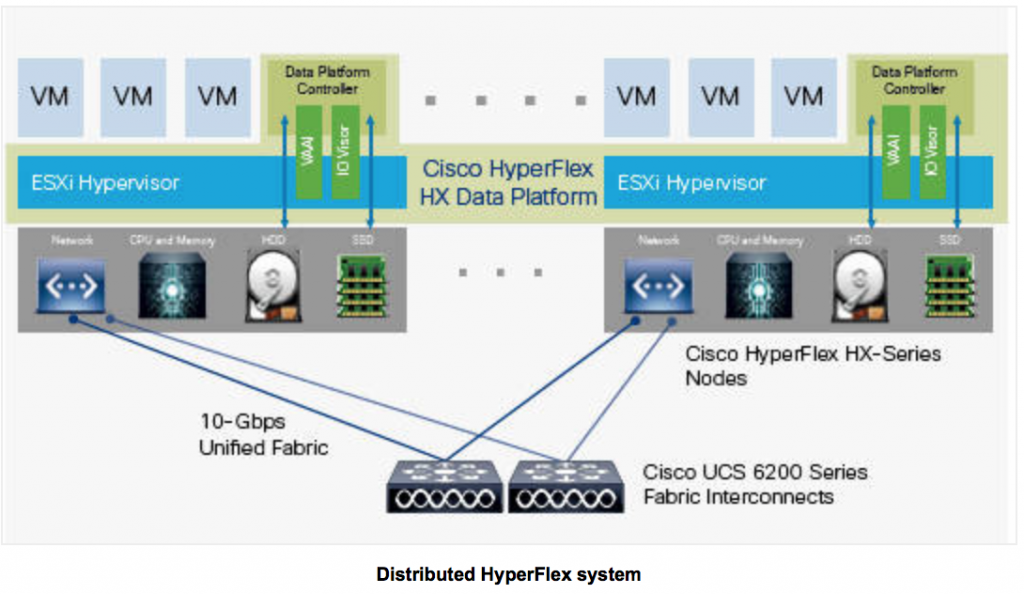 Find out more at the Cisco HyperFlex launch page.