In September 2014, Cisco launched the UCS Mini for what they dubbed “Edge-Scale Computing”. The UCS Mini offering is a stripped down version of the classic UCS system with Fabric Interconnects. To learn about classic UCS, click here.

In this post I will go into some details about the UCS Mini that I’ve learned over the past few months. The information here will assume you have the basic knowledge about what the UCS Mini is and what components are involved. If you need a refresher, I’ve written up a small introduction here. 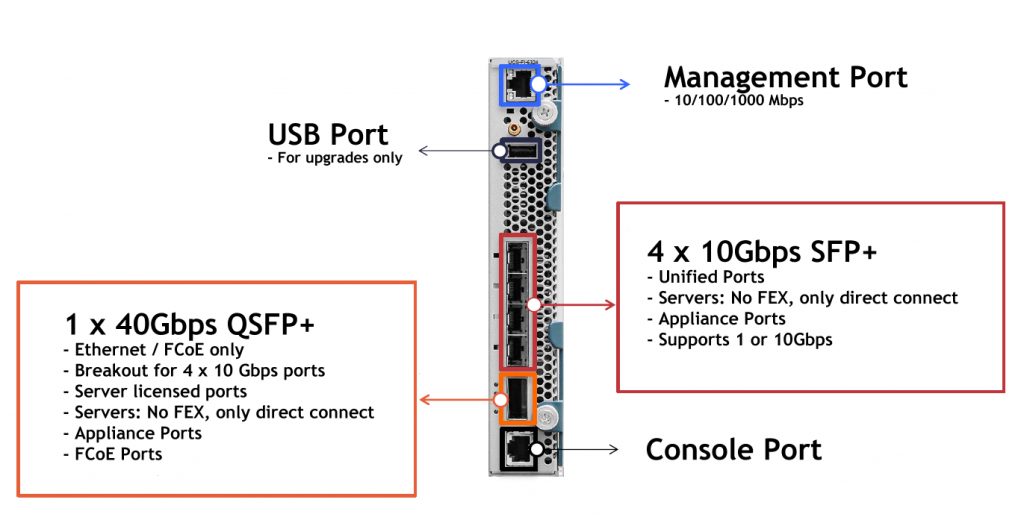 The FI6324 has 4 fixed 10Gbps unified ports, a single 40Gbps QSFP+ port (which is a breakout to 4 x 10Gbps ports) a regular console port, management port (10/100/1000Mbps) and an USB port for offline firmware upgrades (only Cisco USB officially supported).

You can start with a single FI6324 when first deploying an UCS Mini and expand with a second FI6324 at a later date.

In terms of scalability, the UCS Mini fits the “small branch” profile:

* Okay, so the amount of VLANs is not that high, but remember it’s for a branch location.

The UCS Mini currently supports up to 8 x B200 M3 blades and up to 7 rack servers (C220 M3 and C240 M3). In the future, the UCS Mini will most likely support attaching another chassis, expanding the support to 16 blade servers. 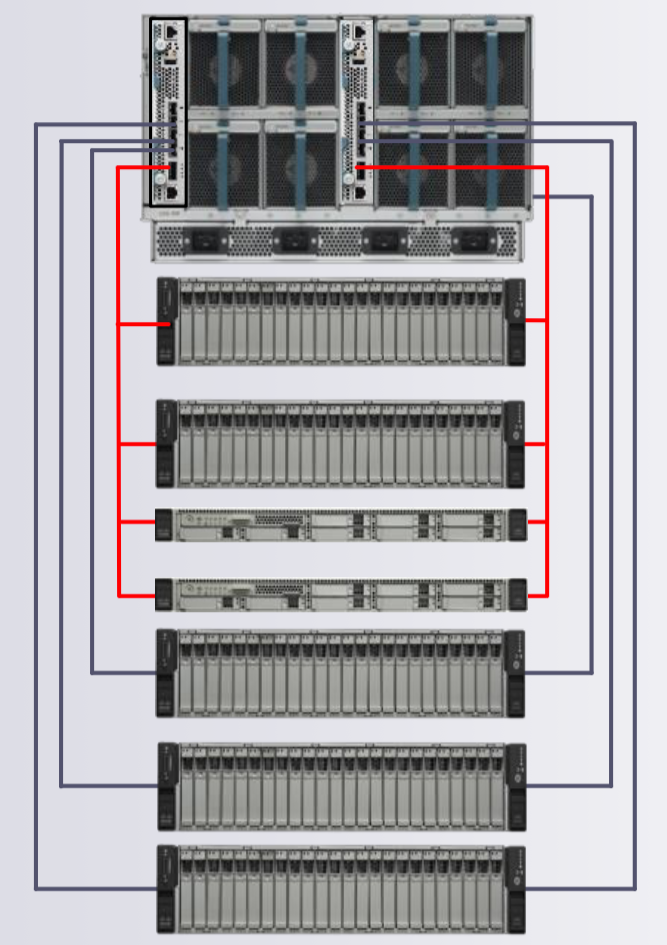 When it comes to features, UCS Mini has some catching up to do. Most of the features you’d need in a branch office are available, some other classic UCS features are not yet ported to the UCS Mini software train.

The UCS Fabric Interconnect 6100 and 6200 series use the L1 and L2 external ports (bond0) to form a cluster. You may have noticed that the FI6324 does not have these L1 and L2 ports, simply because there isn’t any space available. Among others, the cluster interconnect (eth2) has been moved to the backplane using direct traces.

The classic UCS platform uses SErial EPROM (SEEPROM) for split-brain avoidance. It uses all connected chassis to elect a primary in a split-brain situation. Whichever FI can claim the most chassis during this election gets to be the master. In the case of the UCS Mini, only the chassis which holds the FI6324s is used for this election, rack servers will not be used for this process.

Due to the nature of the UCS Mini use cases (small branches, disaster recovery), the power management has been enhanced to fit more power restrained locations.

There is a new Cisco UCS Platform Emulator (UCS-PE 3.0(1cPE1)) version, which allows you to emulate the FI6324 and its unique features. Like the UCS firmware version 3.0, the UCS-PE 3.0 is a separate appliance for the time being. This new version only allows you to emulate the version 2 chassis (UCSB-5108-AC2 or UCSB-5108-DC2) and the FI6324 modules. UCS-PE 2.2 is still the emulator to use for classic UCS.

You can find the UCS Mini emulator here: https://communities.cisco.com/docs/DOC-53980

Cisco UCS Central is a virtual appliance you can deploy in your datacenter for a central location for UCS Management. You can add multiple separate UCS domains into UCS Central for central management, central resource pooling, standardisation of policies and simply ease of management of having a central entry point instead of several separate UCS domains to go to. With the release of UCS Mini, UCS Central has been updated to version 1.2 to support UCS Mini management.

New UCS Mini features (such as the scalability ports) are supported by UCS Central, but the workflows inside UCS Central remain the same.

UCS Central has been given a few WAN Optimising enhancements: