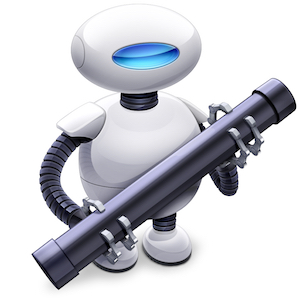 When you’re lucky, like me, you get a new laptop every 2-3 years. Last week was my turn! I swear by MacOS and luckily VMware supplies us with the option between a Dell and a MacBook Pro (sorry Michael, but that’s an easy choice).

As you would expect, VMware does a great deal to make it easy for employees to get to work and our MacBooks are pre-installed and hooked up to Workspace ONE for work application deployment.

There are quite a few applications that I use that are not in the catalogue, though. So I usually spend a couple of hours installing other applications and configuring them. Until this weekend.

Automate all the things.

If you’ve known me for longer than 5 minutes, you know this is my motto. I was already using Homebrew for application management. Homebrew gives you the ability to install (almost) all applications via the command-line.

To make sure I installed the right applications, I made a list of Homebrew managed apps on the previous laptop and put together a script to install them on the new one.

I was missing a few applications, which were installed via the App Store. After a bit of digging, I found the Mac App Store CLI and added the last installs via that package (which in turn was installed via Homebrew).

That took care of the applications. I also spend 30-60 minutes on tweaking MacOS itself, changing options. From auto-hiding the Dock, to the list view in Finder; you know what I’m talking about. 🙂

After digging a bit again, I found a list of all MacOS settings that you can change via the command-line. Determined all the settings I would need and added that to the script as well.

The end result is a set of 3 scripts which have a total run-time of 21 minutes (at least, on my Mac and internet line) that installs dozens of applications and tweaks MacOS just the way I like it.

Even though this is highly personalized to my requirements, the framework of these scripts can be used by anyone. Just change the applications that it installs and customize the settings that it configures.

Each line in the script is pretty self-explanatory, but if you have any questions: let me know!