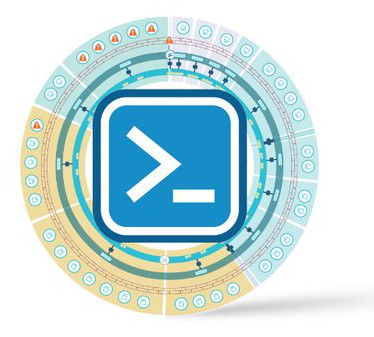 Version 1.7 of PowervRNI was released yesterday, and this post covers what’s new in this version. If you’re not familiar with PowervRNI, it is a PowerShell module that you can use to manage vRealize Network Insight. From adding data sources & applications, to retrieve data from it, such a network flows, PowervRNI covers most of the public API endpoints of Network Insight.

A bunch! First off, it has been updated to support the new data sources and API calls that have been added in Network Insight 5.0. Second, I’ve added a few backlog items. I’ll go through the changes below.

Let’s start with a good one. PowervRNI had to ability to add and remove data sources, but not edit them. Update-vRNIDataSource adds the possibility to update one or multiple data sources by updating their Nickname, Notes, or, most importantly, their Username and Password details. Imaging updating the login credentials of 52 switches, all at once. This example does just that:

Adding Kubernetes and OpenShift clusters has also been fixed, by using the contents of your KubeConfig:

F5 Load Balancer support has been fixed. The API in 4.2 didn’t work, as the data source had a different entity type.

Network Insight collects routing information from the NSX-v controllers. To do so, it needs the password to log in to those controllers. I’ve added a new cmdlet called Update-vRNINSXvControllerPassword to do this:

From NSX-v 6.4.5+ and NSX-T 2.5+ – NSX can stream telemetry on latency between VTEPs, physical and virtual NICs. NSX is configured by Network Insight and the new -NSXEnableLatency $True parameter on New-vRNIDataSource, will do that when adding the NSX Manager as a data source. Example:

A better experience with Connect-vRNIServer

Before 1.7, when connecting with LDAP/Active Directory credentials, the Connect-vRNIServer cmdlet looked as following:

Maybe you’ve noticed the domain name is mentioned twice, both in the Username and Domain values. This was mostly due to the input that the vRNI API requires. It’s a small change, but now, PowervRNI now detects the usage of a non-local domain and allow you to omit the Domain parameter.

If you have local vRNI accounts with domains other than local, you can make sure it authenticates locally by still adding the parameters: -Domain LOCAL, *or* -UseLocalAuth.

Network Insight can pull Kubernetes information (services, namespaces, clusters, nodes, etc.) and the networking details behind these containers. But, there’s only 1 public API added to retrieve information, and it’s to retrieve a list of the Kubernetes services:

Network Insight 5.0 also added a new API endpoint to manage passwords of local users. The new cmdlet Set-vRNIUserPassword allows you to change your own password, or as an administrator; change passwords of all users.